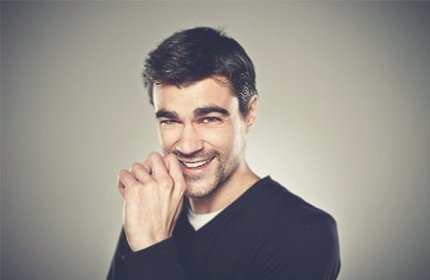 What Causes My Gums To Bleed?

Do you notice some bleeding in the gums when you brush or floss? That could be the sign of an underlying dental condition. While it may seem normal to experience bleeding gums from time to time, you shouldn’t ignore it – particularly if the bleeding occurs more frequently than they used to, or when it is located in a specific area of the mouth.

In this blog, we’ll take a look at three of the most common causes of gum bleeding.

Gingivitis is an inflammation of the gums that is typically caused by a bacterial infection. The inflammation is caused by an accumulation of bacteria on the teeth, gums and tongue. Although the bacterial build-up can largely be attributed to a lack of proper oral hygiene, even people who regularly brush and floss their teeth are not immune to developing gum disease. Left untreated, gingivitis can advance to a more serious infection known as periodontitis. Gingivitis and periodontitis are major causes of tooth loss in adults.

The main concern about gingivitis is that many people are not aware that they have it, as it can be symptomless. However, bleeding gums happen to be one of the most obvious symptoms of the disease – along with red, tender and swollen gums.

Some types of medications can also make your gums prone to bleeding. Common anti-inflammatory drugs like aspirin and blood thinners not only increase your risk of bleeding gums but also prevent blood clotting.

Anticoagulants and antiplatelets are two common blood thinners that hinder blood clotting. By increasing the time it takes for your blood to clot, anticoagulant drugs like Rivaroxaban, Dalteparin and Warfarin make it harder for blood clots to form.1

As the name suggests, antiplatelets prevent platelets in the blood from sticking together to form blood clots. Examples of antiplatelet drugs are Plavis, Brilinta and Aspirin.1 People who have gum disease and are taking blood thinners are therefore at an increased risk for gum bleeding.1

If you are on blood thinning medications, you need to exercise caution when brushing or flossing. It helps to use an extra soft toothbrush or WaterPik to reduce the risk of damaging your gums. When flossing, you can try satin floss that is gentler on gums.

It is quite normal for people who have recently embarked on a new oral care routine to experience bleeding gums. That is because it takes a bit of time for your gums to get accustomed to the brushing or flossing regime. If you are brushing and flossing properly – vital for removing bacteria and plaque from your teeth and gums – the bleeding should go away within the first week or so.

Of course, you should be careful not to use too much force when cleaning your teeth as the soft tissues may be irritated and damaged by the abrasive action.

If you are concerned about bleeding gums – or any of the mentioned issues – please contact Macquarie Street Centre to book an appointment with Dr David Dunn.  You can call our dental practice at 02 9247 1394.

ALL ON 4 DENTAL IMPLANTS